The Ethnographic Praxis in Industry Conference (EPIC) was held in London this year.  You can follow the organizers on Twitter and/or read the Twitter stream (hashtags #epic2013, #epicsocial, #epicthd).  There is also a Flickr site, though our pictures seem to be mixed in with an event at the Jewish Federation of NY, which makes for an interesting contrast.  For a minute there I was thinking … were there really people in full-length gowns at the dinner and I just missed it?!

I just didn’t have it in me to do real-time blogging this year … and with the tragically limited wifi it was hard to even get a timely tweet out.  But James Turner (@JamesAsterisk) did an amazing job real-timing blogging EPIC2013, so if you want to read a summary, that’s a great starting place!  The draft proceedings may still be online, though they usually come down after the event.  Though – bonus! – now the proceedings from years past are now available on the conference website.

It was great to be there and re-connect with members of the anthrodesign community!  Here are a few pictures from our gathering at Bill’s in Soho.  We had a good English breakfast with “bubble & squeak”.  Don’t know what that is?  It’s a hashbrown alternative made with mashed potato and peas.  The British really seem to like their peas – I think they were in every single meal I ate in London!

If I had remembered to order gluten-free bread I would have finished everything on the plate!

Here is a picture of the chatty attendees:

Also also a picture of me (right) in the library of the Royal Institution of Science with Tracey Lovejoy (EPIC co-founder) and Ed Leibow (now president of the American Anthropology Association). 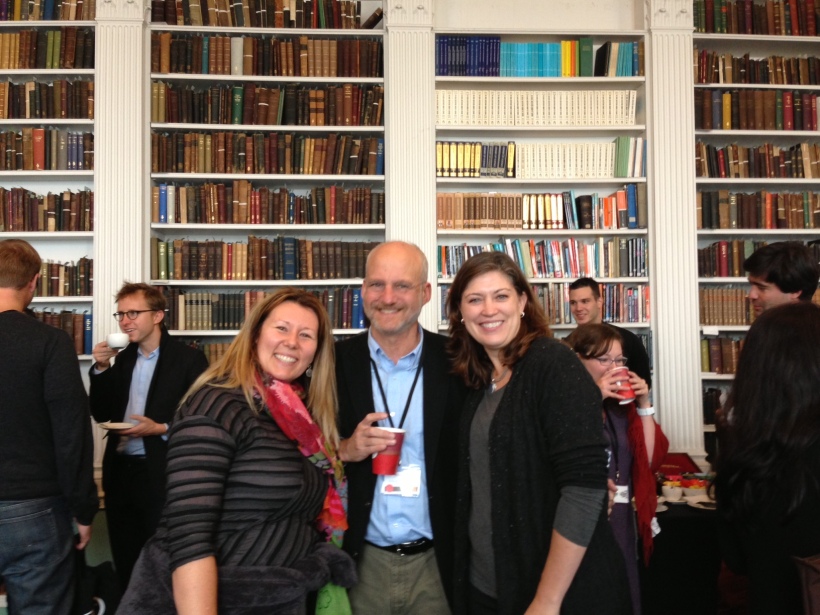 And here is a picture of the lovely ladies of Microsoft (Sam Ladner, Nelle Steele, Tracey Lovejoy) sitting in the Faraday Theatre at the Royal Institute:

EPIC 2014 will be at the Fordham University Business School in New York City – I hope to see you there!

I am an anthropologist and user experience (UX) executive. I lead a team that works in the healthcare space on both licensable software and custom client solutions. As an anthropologist, my research has focused on work practices and work environments. I have a special interest in how institutions respond to macro-economic, industry, and regional trends, and how the resulting organizational changes affect the lives of employees. You can learn more about me at http://www.nataliehanson.com.